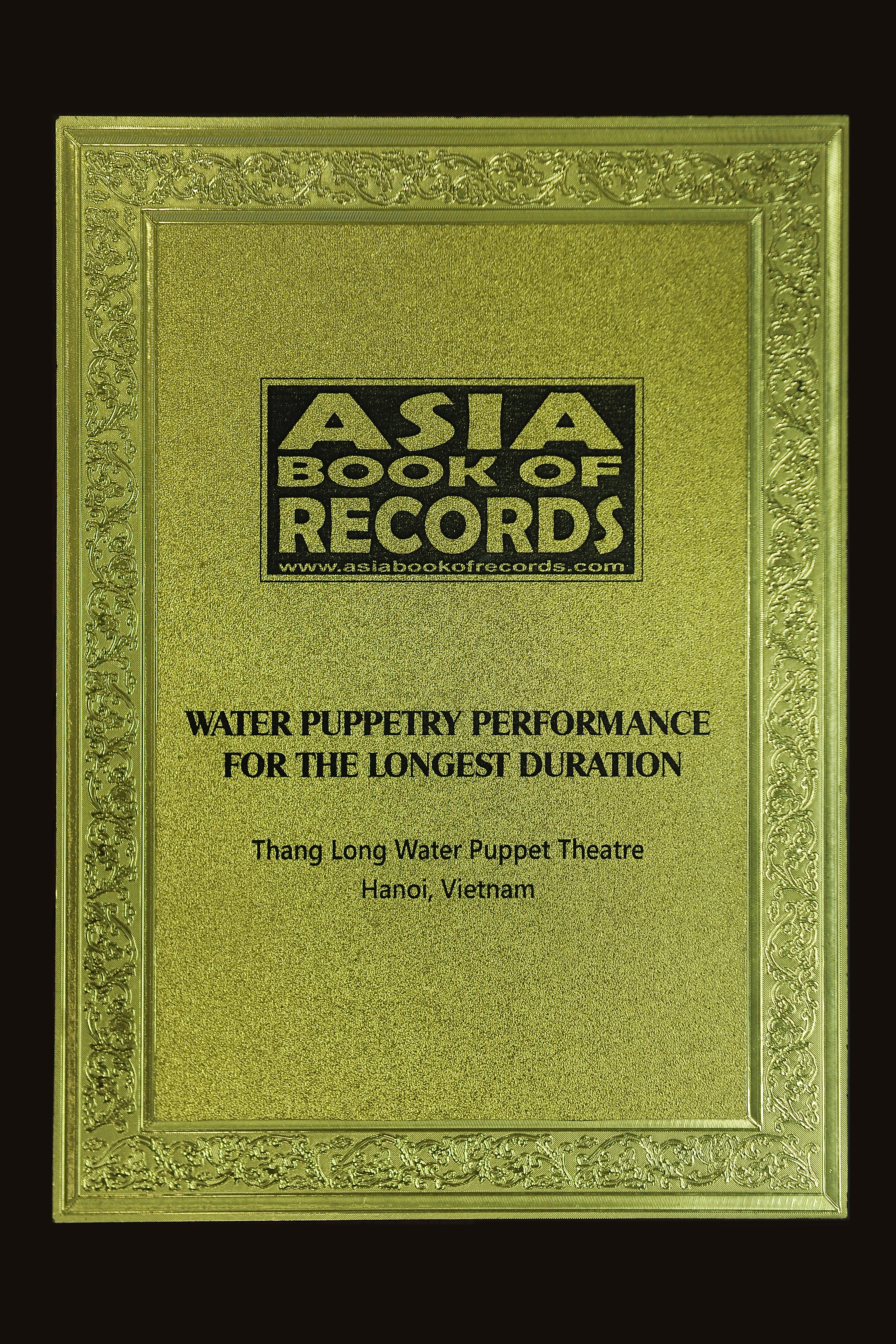 Thang Long Water Puppet Theater performances have come to audiences of over 40 countries, leaving their mark on the hearts of world audiences, from Asia to Europe, America, Australia...

Water puppetry is a "cultural specialty" of Vietnam's wet rice cultivation farmers. A lot of countries in the world have puppetry art, but only Vietnam has Water Puppetry. 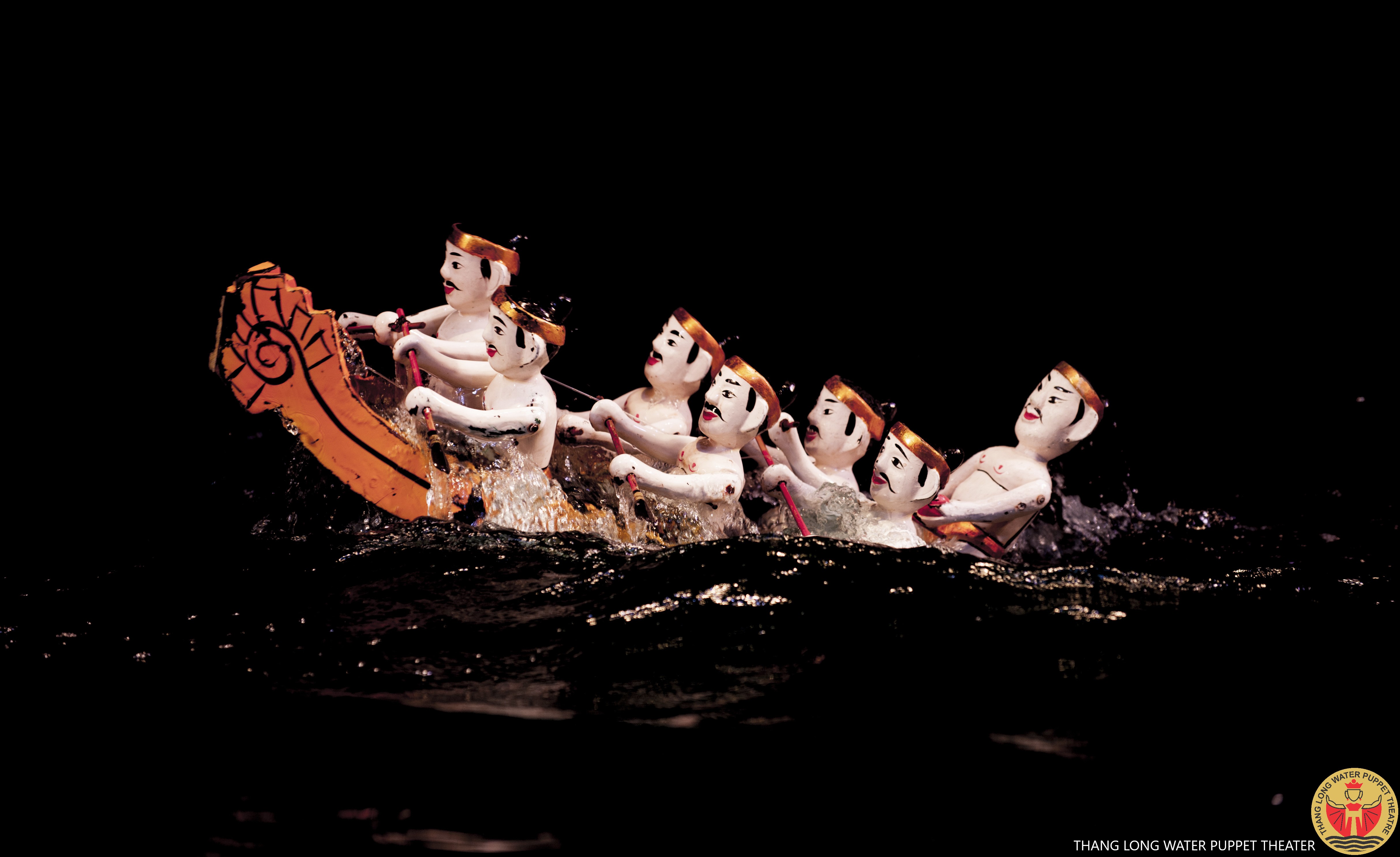 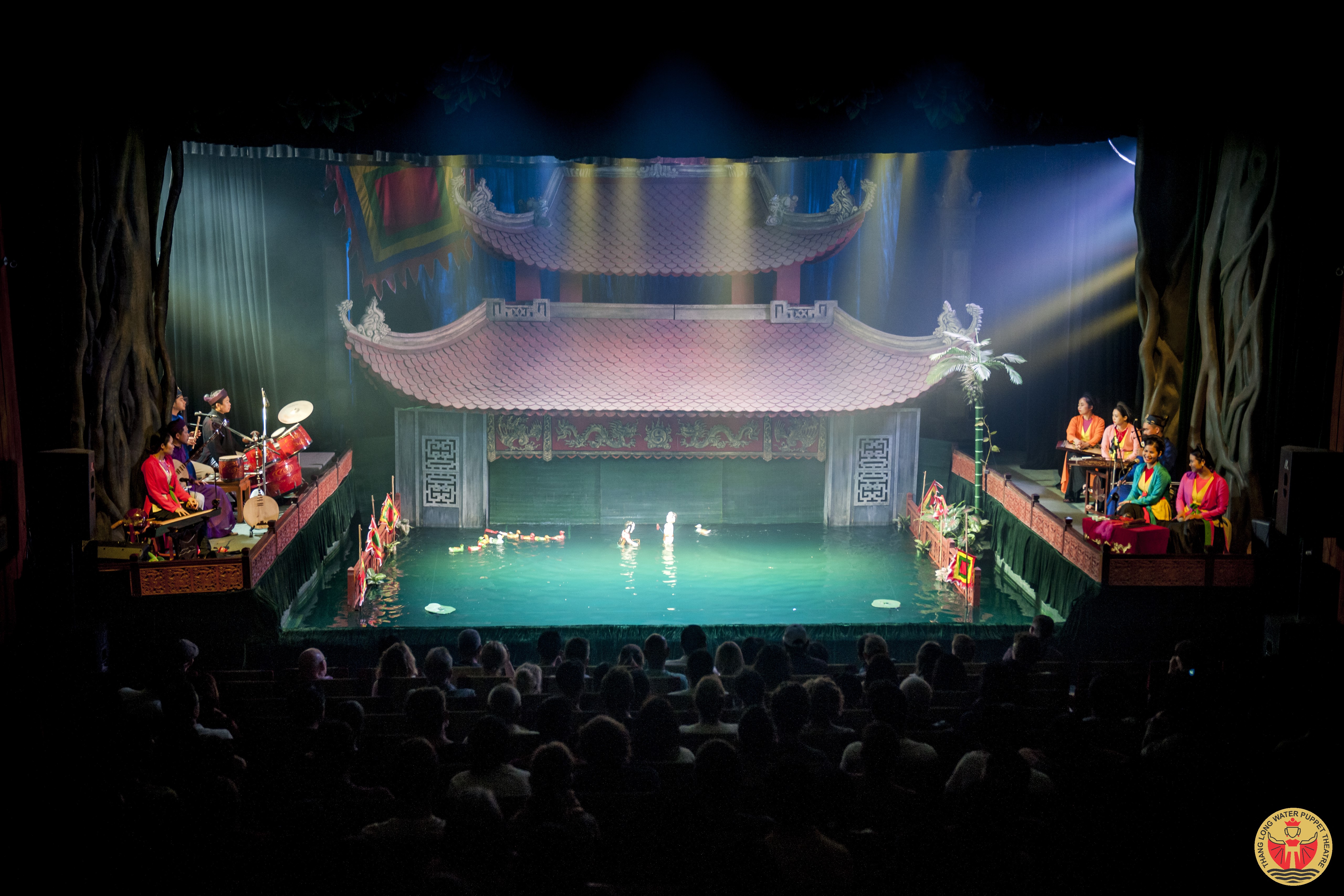 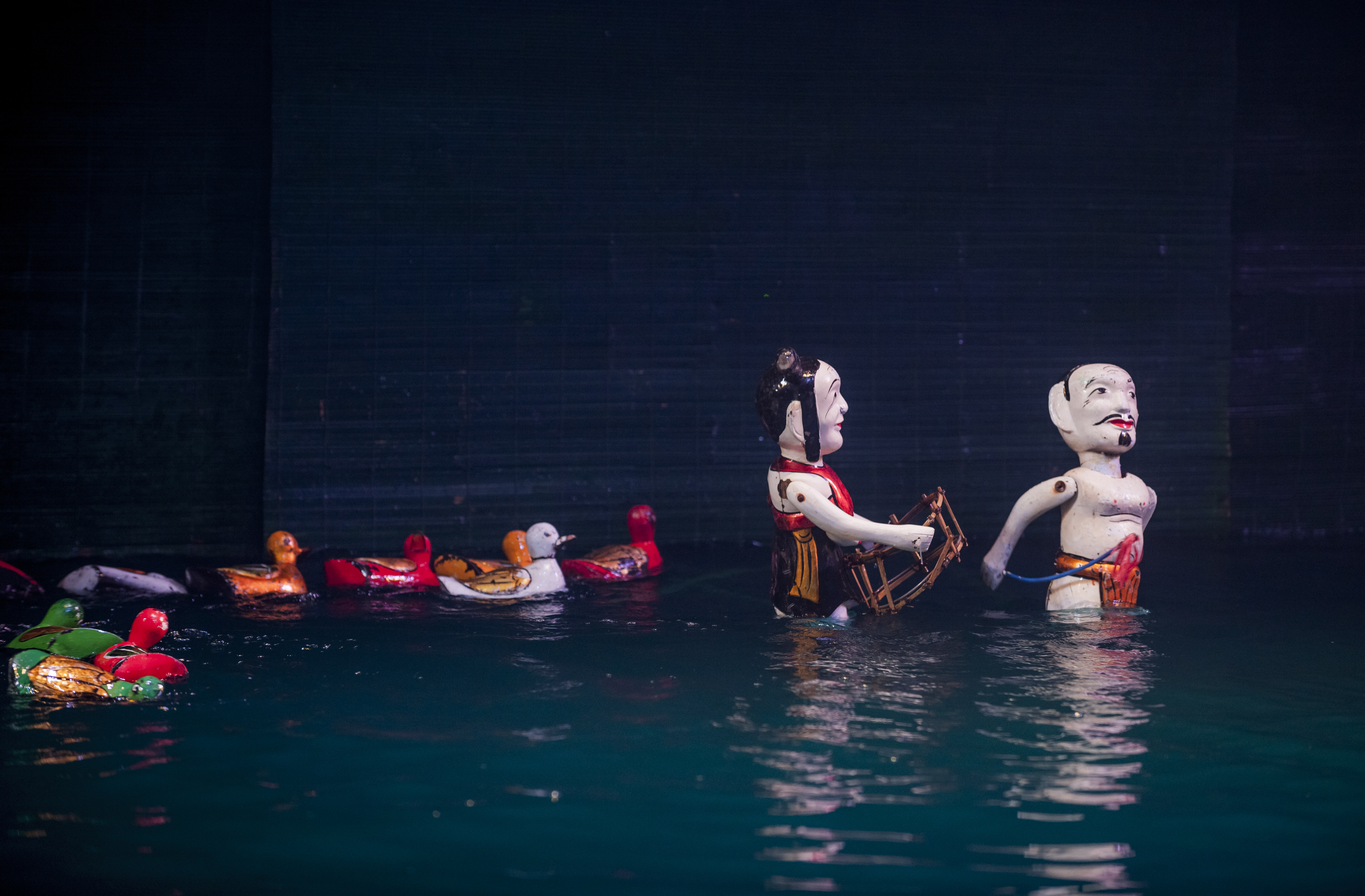 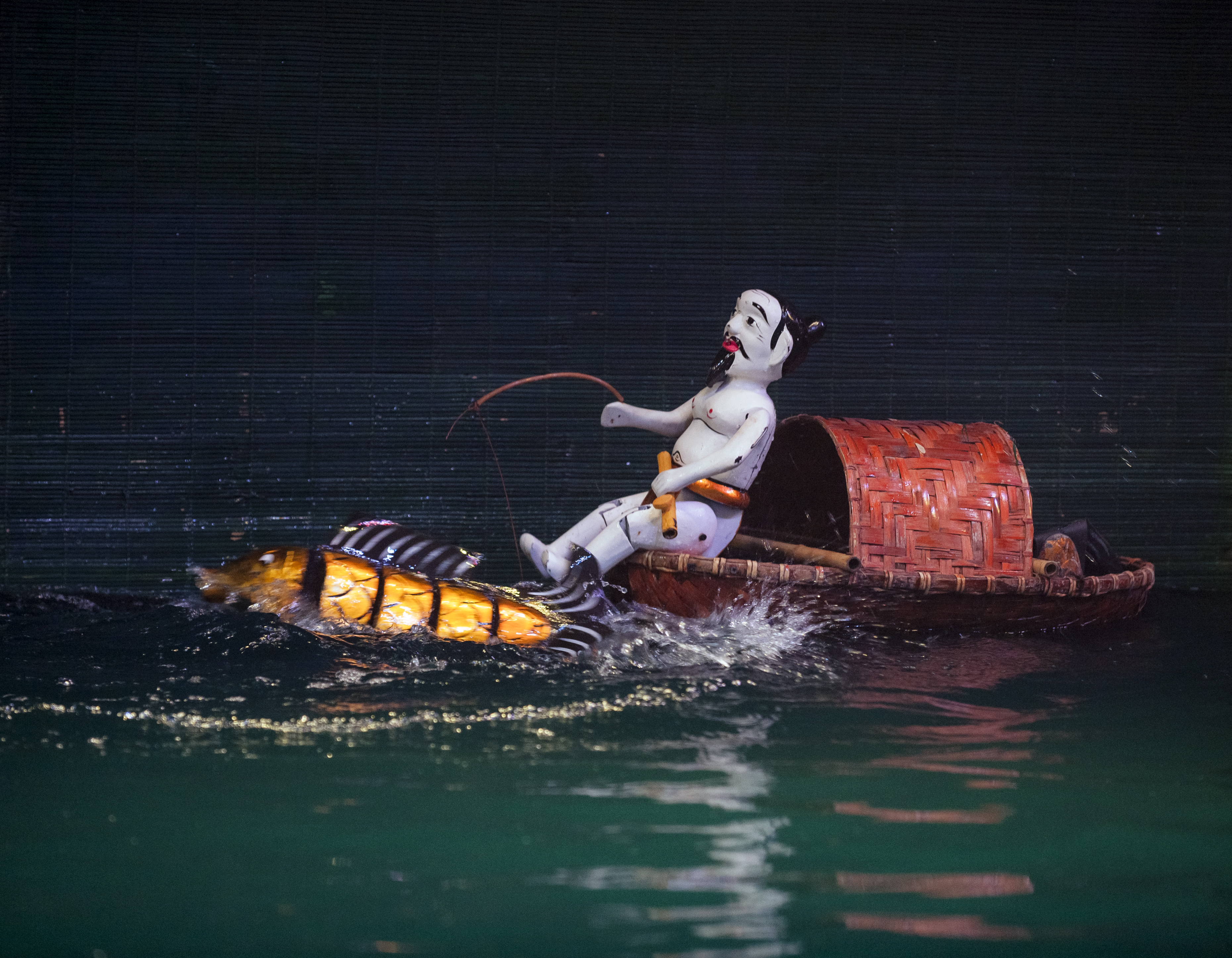 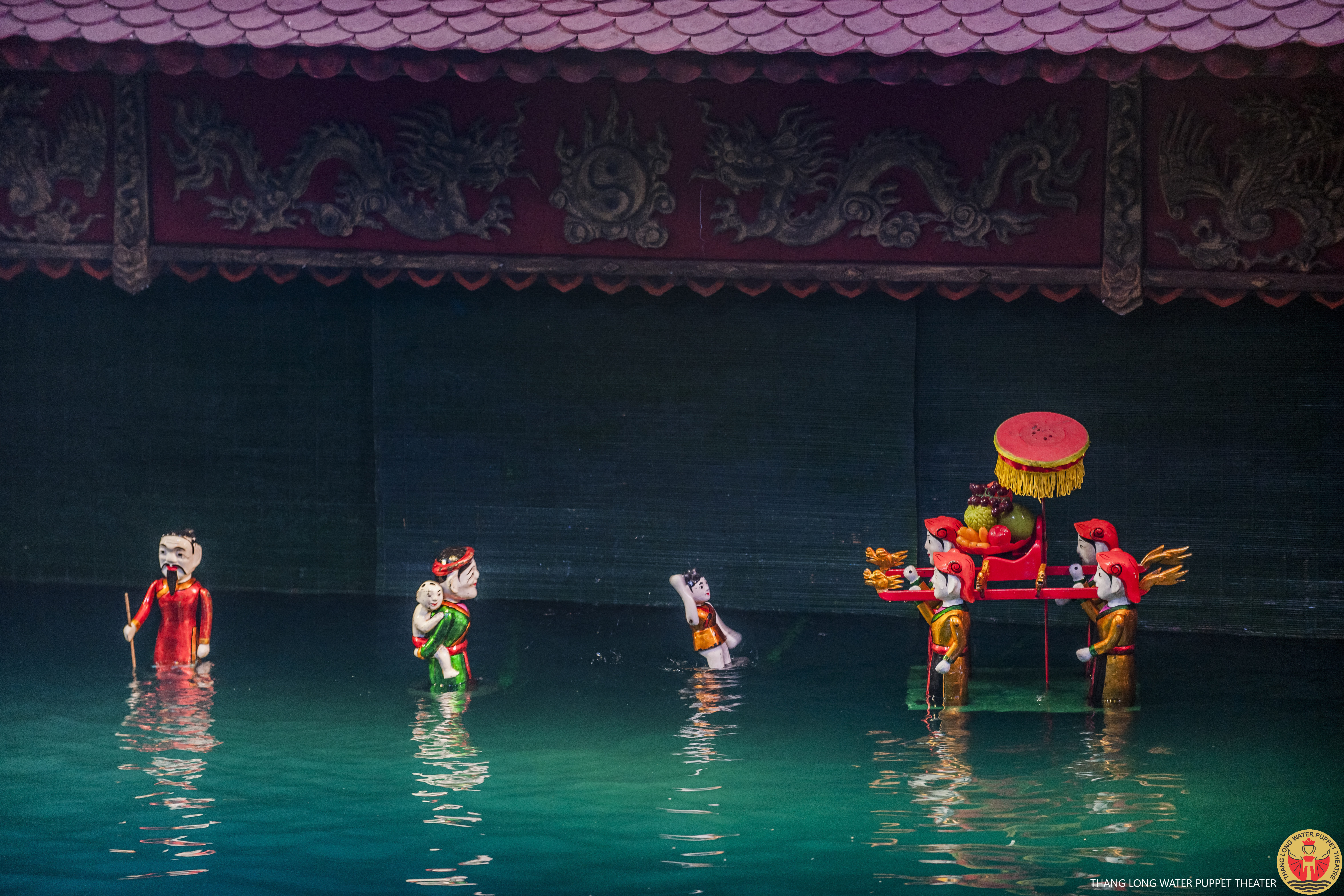 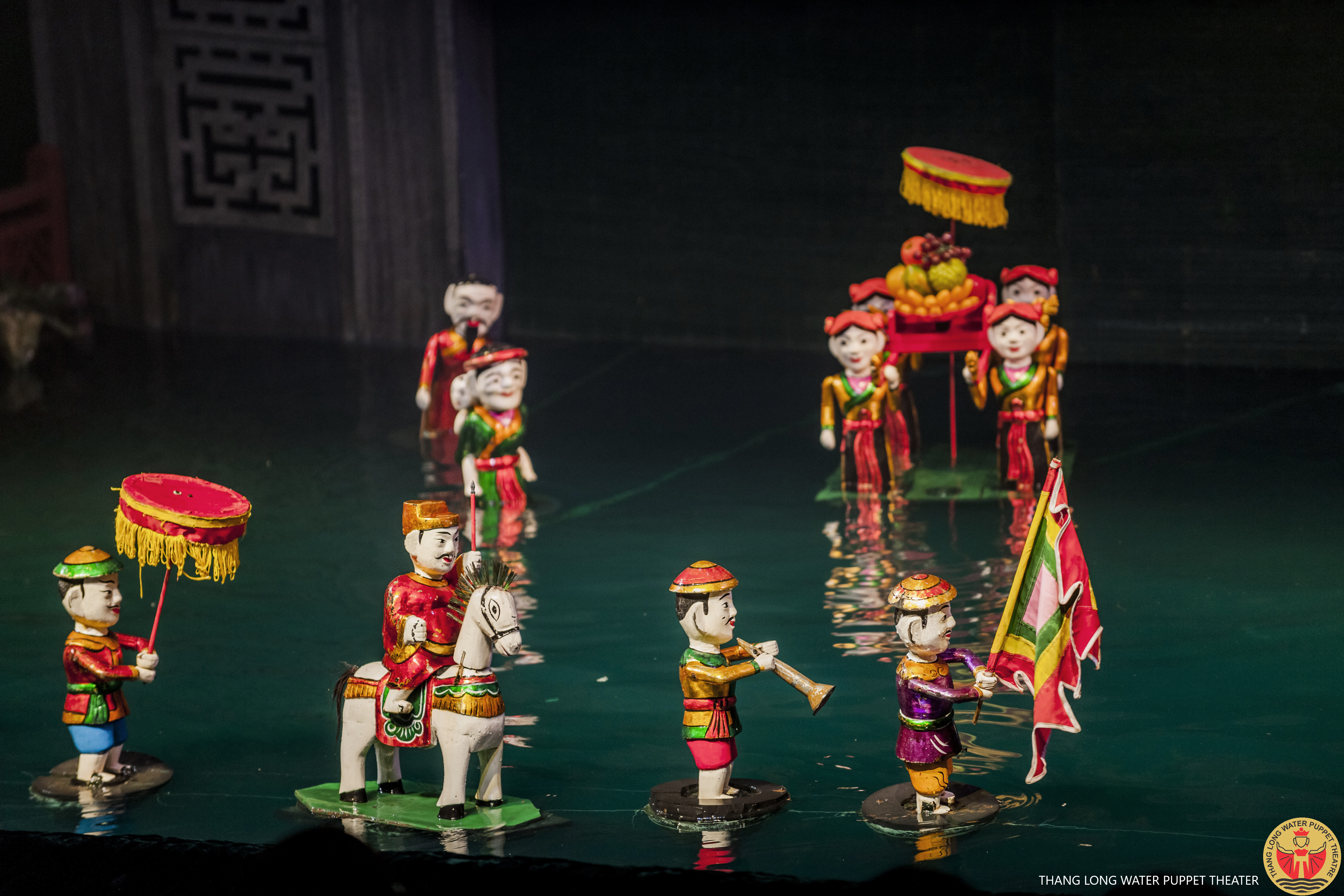 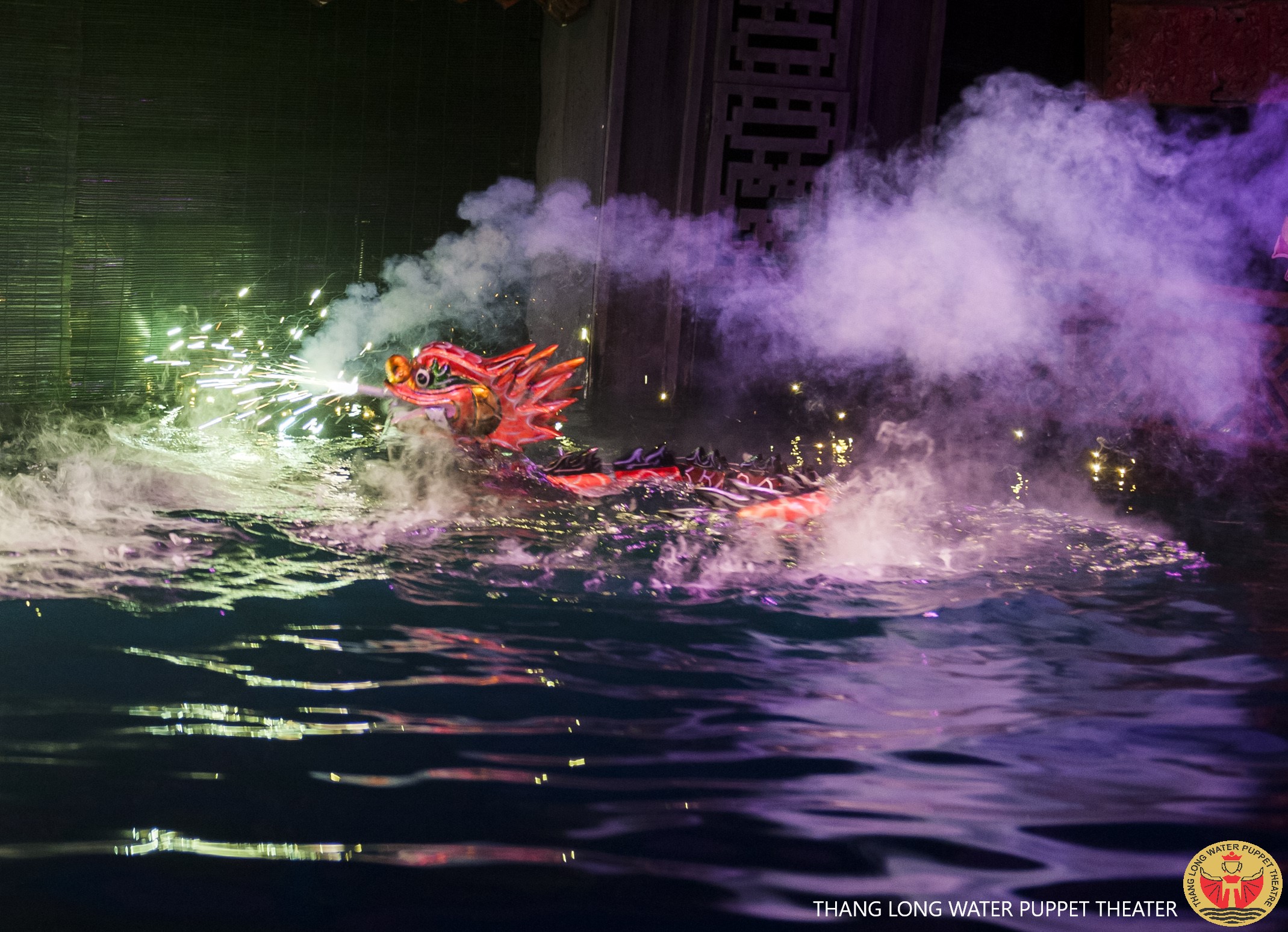 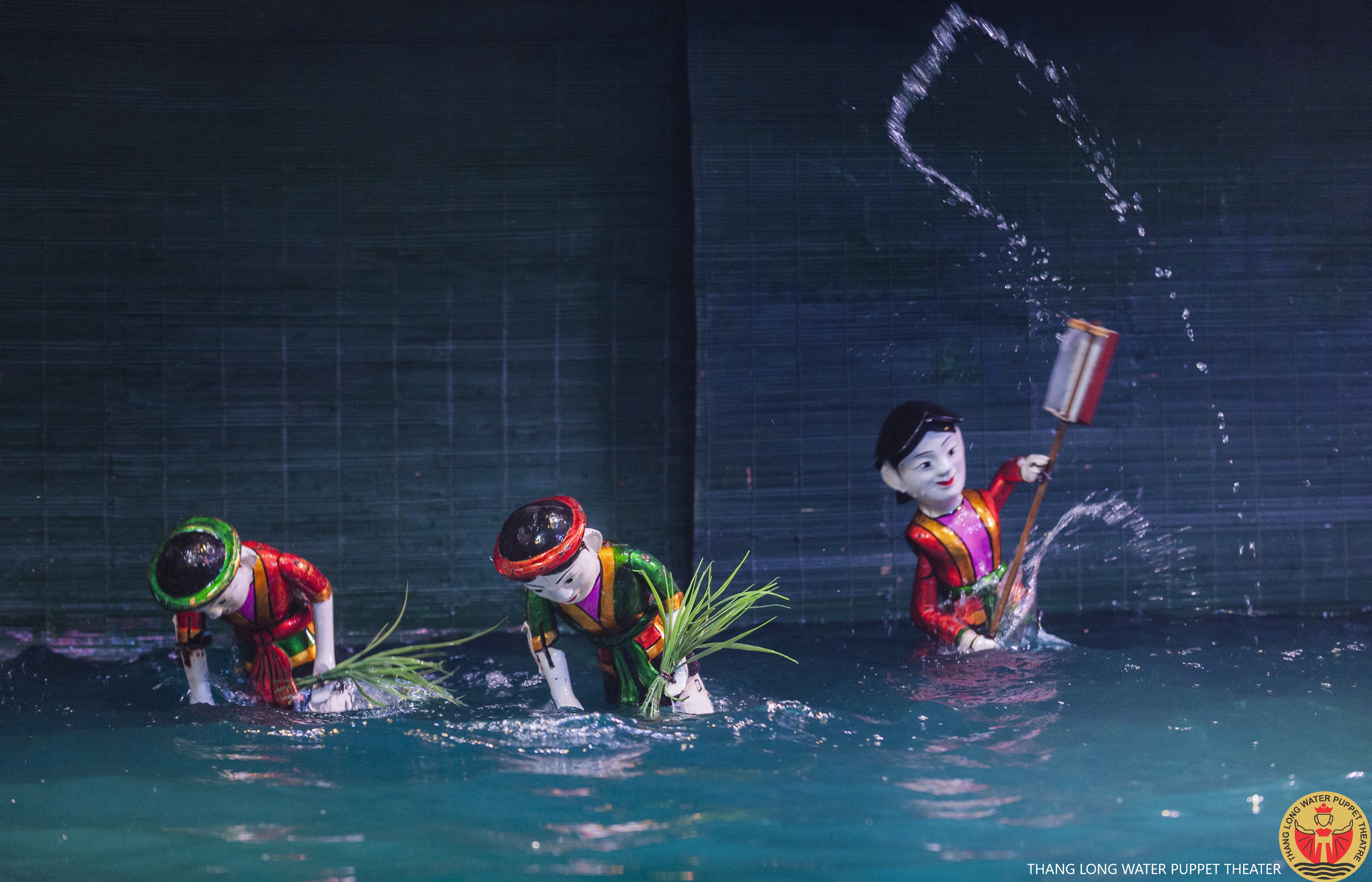 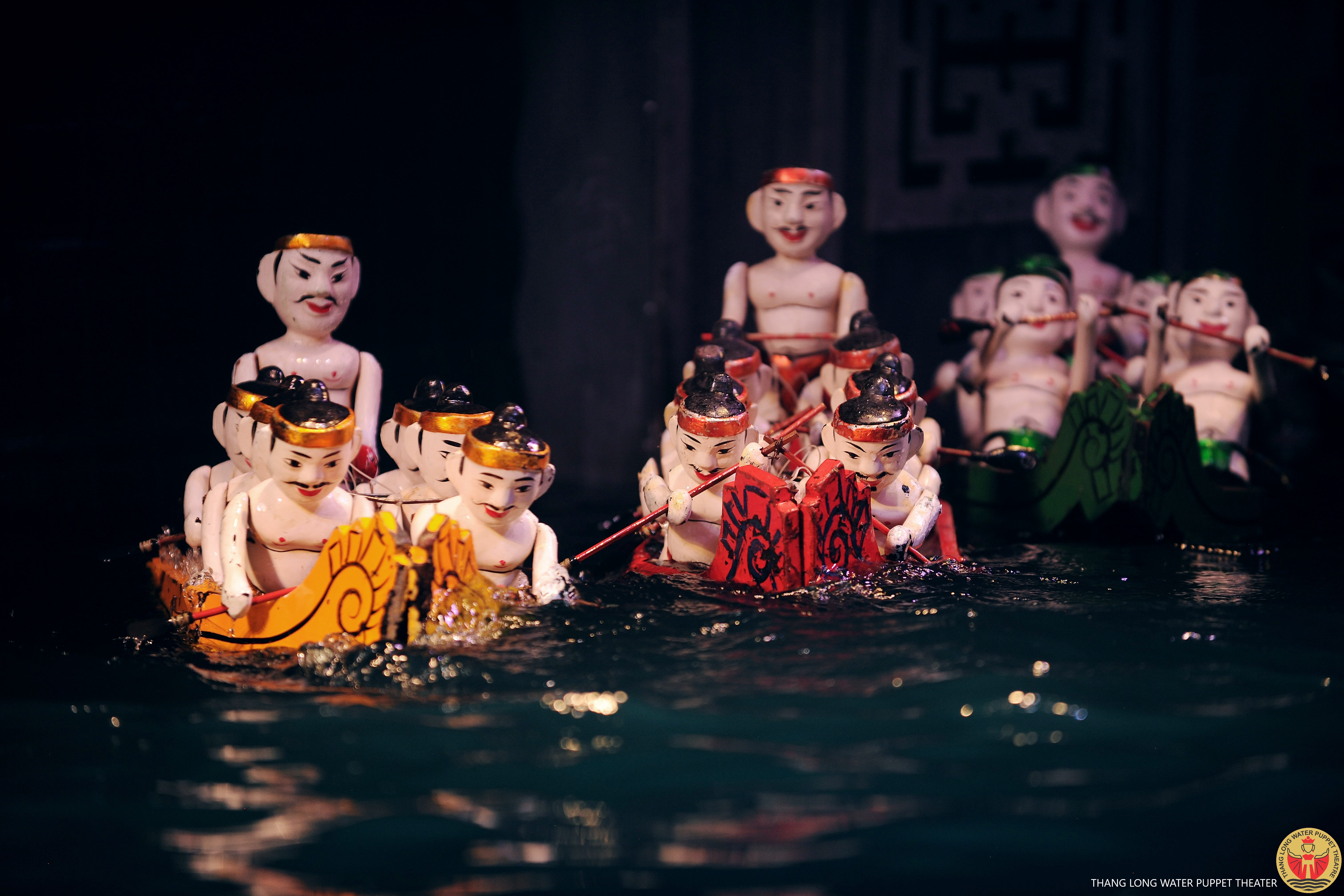 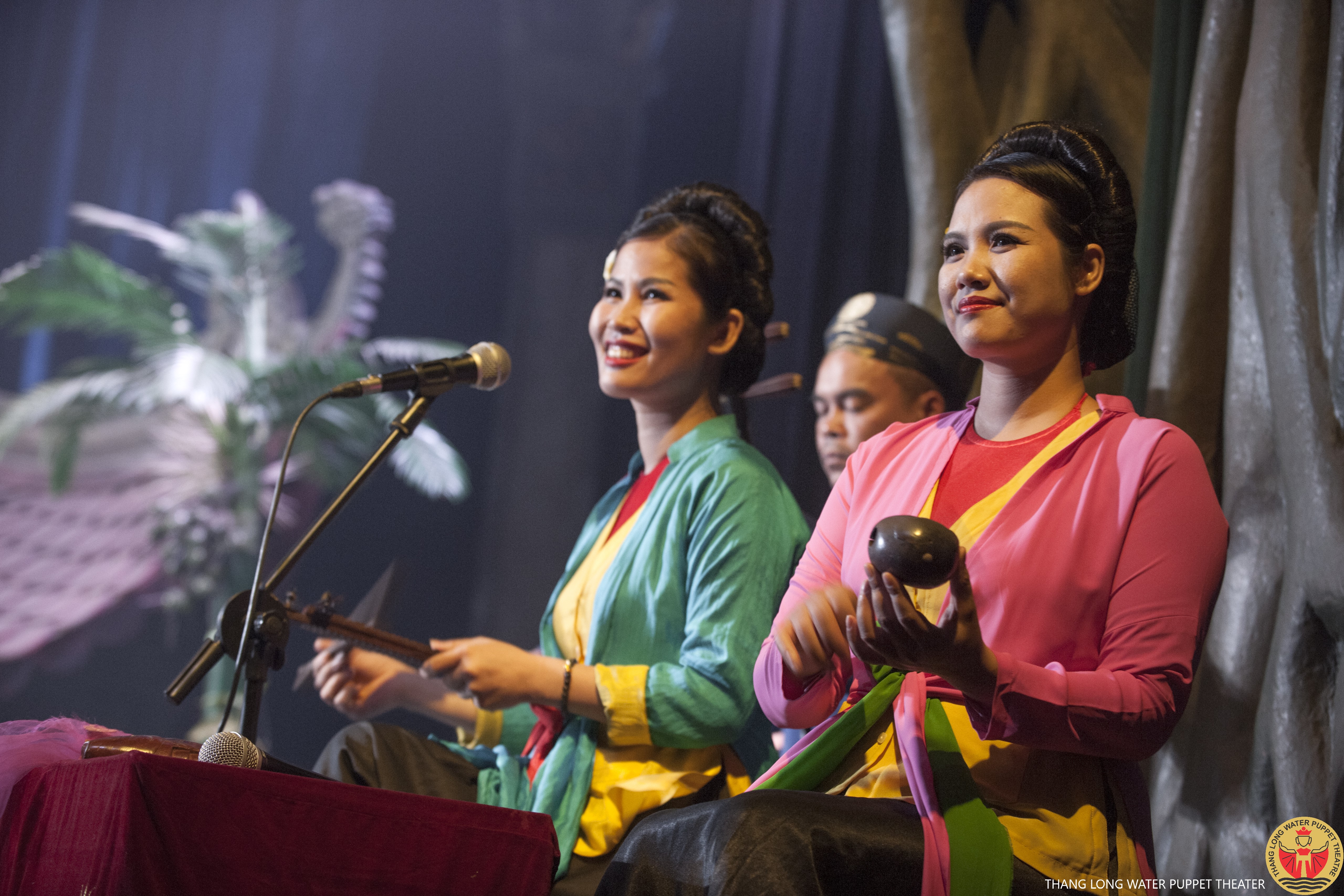 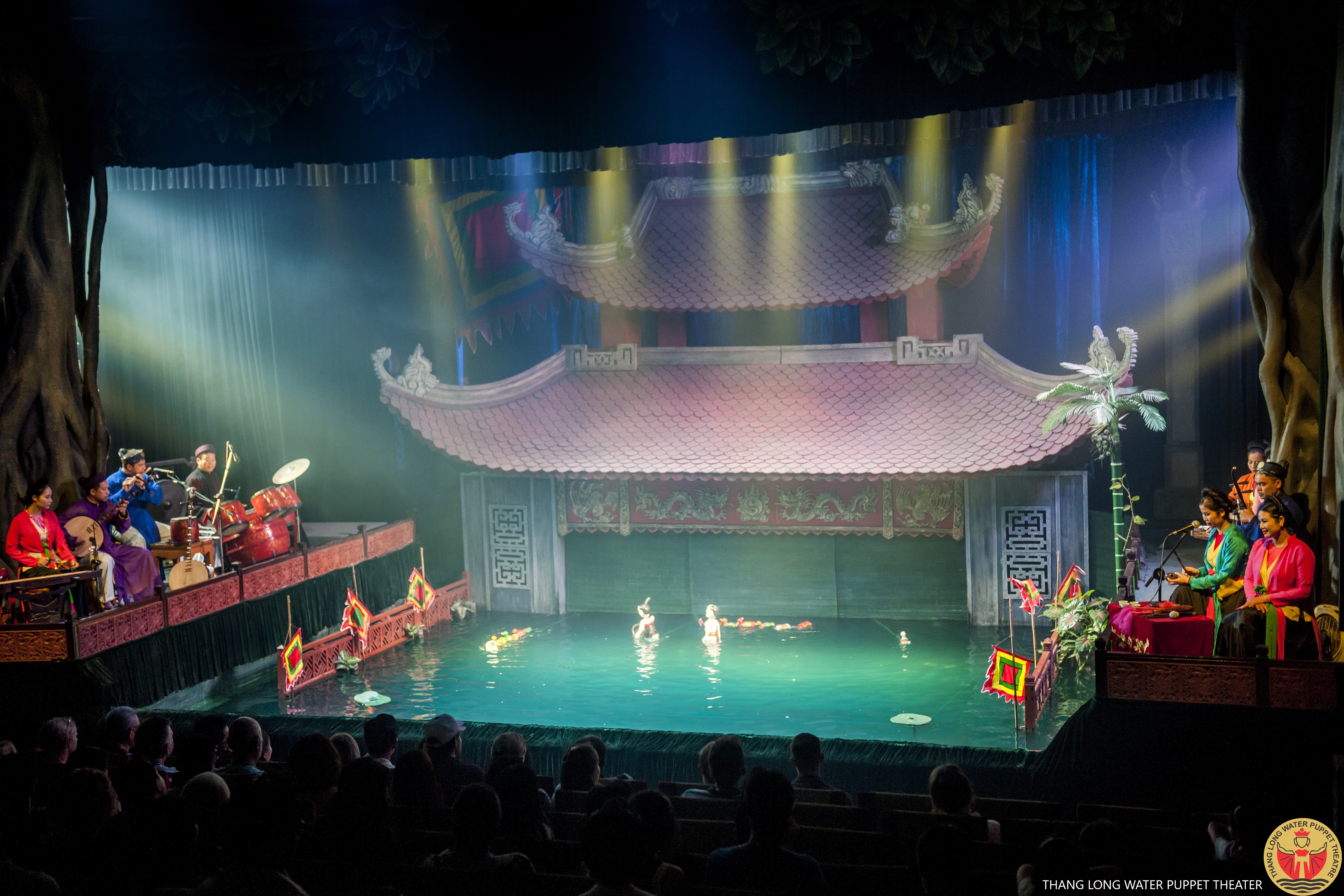 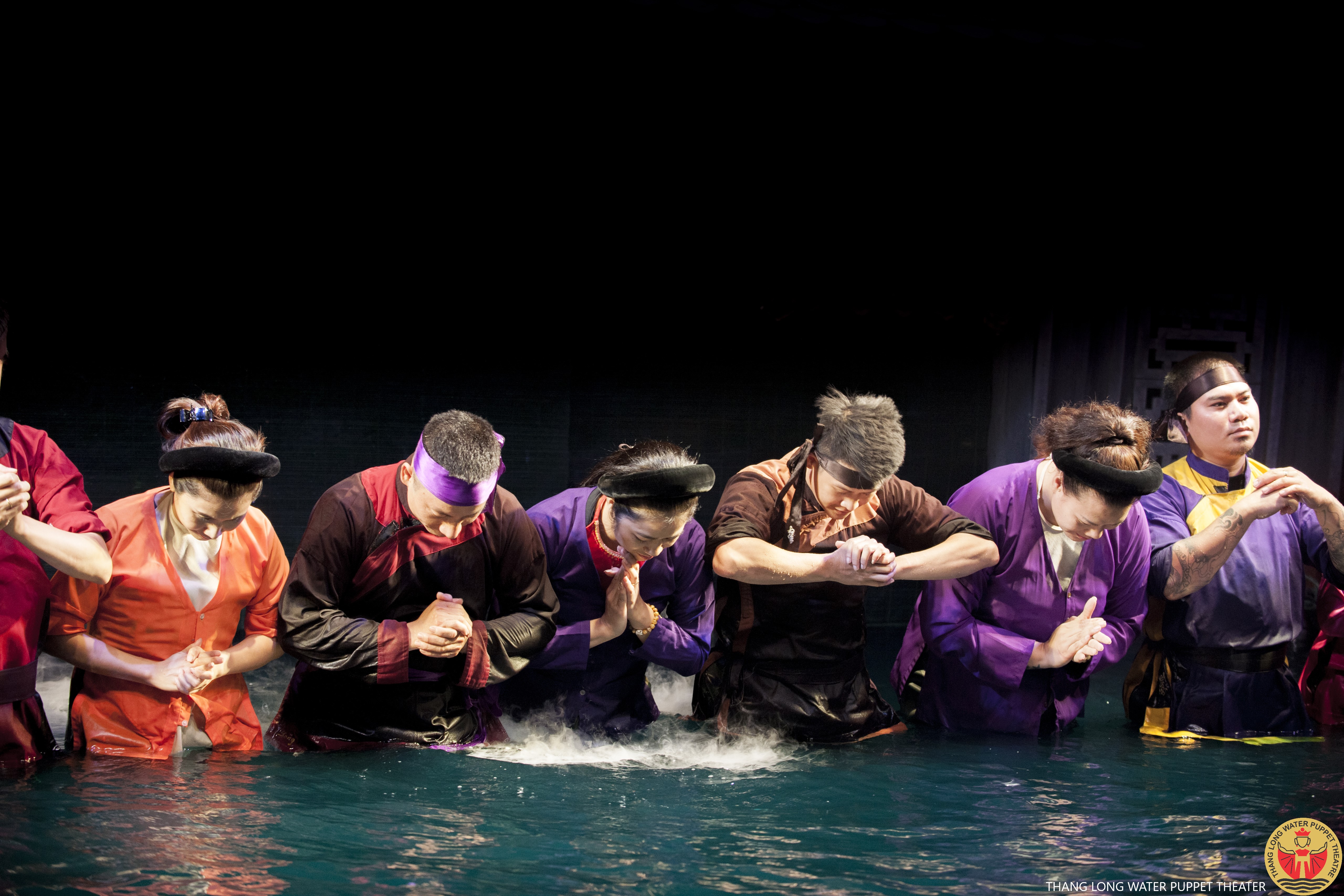 Water puppetry is a tradition that dates back as far as the 11th century when it originated in the villages of the Red River Delta area of northern Vietnam. Today's Vietnamese water puppetry is a unique variation on the ancient Asian puppet tradition. When the rice fields would flood, the villagers would entertain each other using this form of puppet play. Vietnamese culture carries the roots and identity of an agricultural production, mainly wet rice cultivation.

The puppets are made out of wood and then lacquered. The shows are performed in a waist-deep pool. A large bamboo rod supports the puppet under the water and is used by the puppeteers, who are normally hidden behind a screen, to control them. Thus the puppets appear to be moving over the water.

The traditional water puppet show of Thang Long Water Puppet Theater is selected from more than 400 traditional folk water puppet shows. A traditional Vietnamese orchestra provides background music accompaniment. Singers of Cheo (a form of opera) with origin in North Vietnam sing the songs which tell the story being acted out by the puppets.

Chú Tễu ("chú" means uncle, man, boy or Mr. in Vietnamese) is a recurrent and the most notable character in water puppetry. Tễu means "laugh" in ancient Vietnamese. He is a jester who provides witty comments on political and social realities, especially officials' corruption. His appearance is of a smiling boy who often wears nothing but a simple loincloth, sometimes accompanied by a simple open vest.

The Dragon is considered the ancestor and also the mascot with an important position in the folk culture beliefs of Vietnamese people. The Phoenix is the mascot of Vietnamese folk beliefs, often living in pairs, the male is Phuong and the female is Loan. The dance of the ‘Loan Phuong’ couple is a symbol of fidelity in married life.

3. Buffalo riding and playing the flute

Describing the peaceful life of Vietnamese countryside, the flute's sound reminded the love of expatriate for the country.

Telling a humorous story about a farmer's fishing trip, fishing for frogs is both a livelihood and a pastime for farmers in their leisure time.

This is the story of an old farmer couple who struggle to chase away a sly fox to protect their ducks.

Flock of fishes swimming flexibly in the water; A couple of fishermen sit on a small boat, a farmer is shoveling shrimp; A mischievous guy who teases a girl is a vibrant picture of the daily life of Vietnamese farmers. …

Audience: Recommended for all ages

Late Seating:Latecomers are seated at the discretion of management.